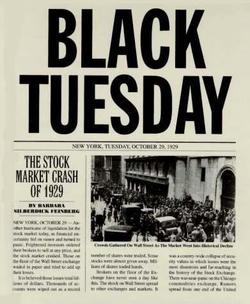 The Great Depression took its toll on the 1930's women's fashion through to World War II which dates from 1939-1945. This greatly affected the fashion of how women dressed during the 1940's era. Because clothes were rationed and fabric was scarcer, the hem lines of dresses rose to knee length to save on material. The main silhouette in the 1940's included features such as an hour glass shape figure, broad shoulders, nipped in high waist tops and A line skirts that came down to just at the knee. An over all triangle look.  By 1933, the trend toward wide shoulders and narrow waists had eclipsed the emphasis on the hips of the later 1920's. Wide shoulders would remain a staple of fashion until after World War II. 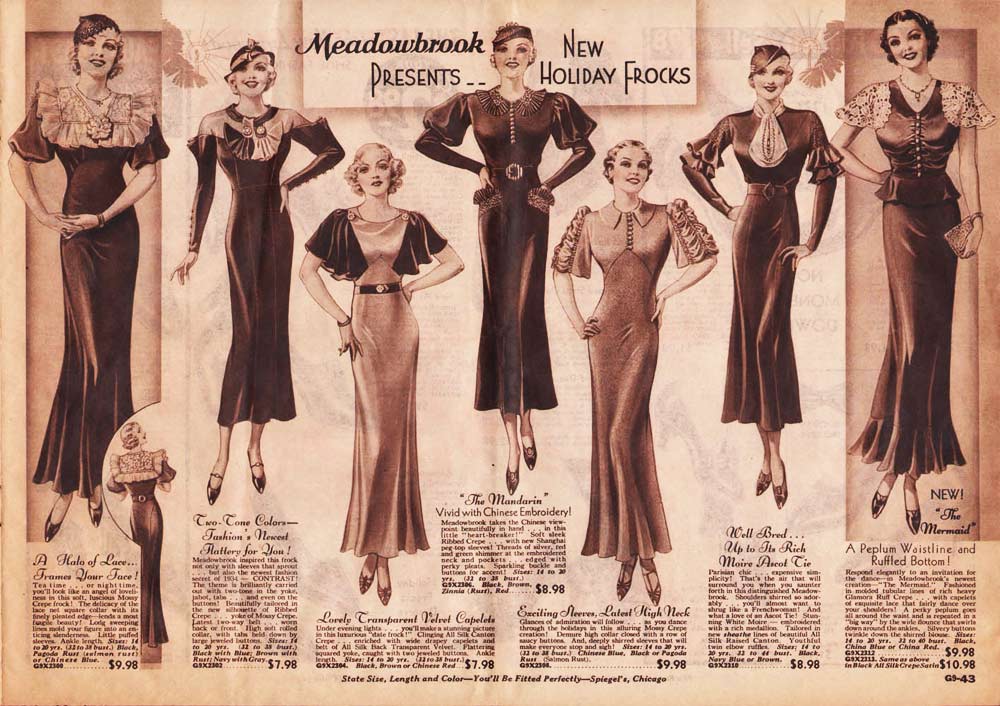 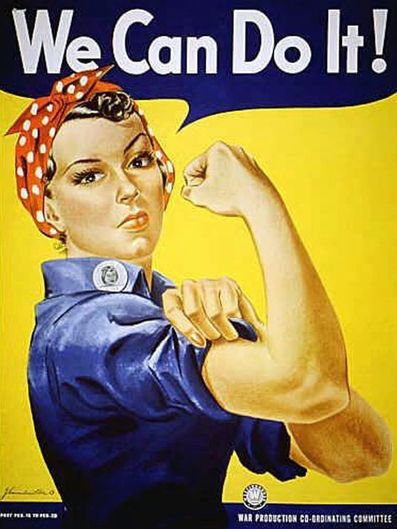 The 1940's are marked by iconic head wear. Clothing restrictions made hats become women’s statement pieces during the war years. Although hats were extremely popular they were not the only head accessories that were popular then. The snood was an important accessory to a woman working in the factory.

​Snoods were fashionable and functional at the same time, they enabled factory women who were wearing pants and jumpsuits to still look feminine. Snoods pulled hair out of the face by containing it all at the back of the head in a hanging net. With all the long hair hanging in the net, the front of the hair was left out and could be curled and styled to glamorize the factory uniforms. Other popular headpieces were variations of headscarves, such as the bandana Rosie the Riveter is pictured wearing in the recruitment posters. 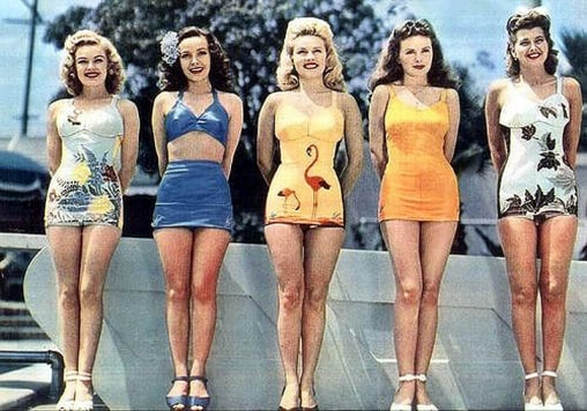 An important style that became popular due to the war was the two-piece swimsuit which later led to the Bikini. In 1942 the War Production Board passed a law called the L-85 which put restrictions on clothing production. For swimwear companies the L-85 meant they had to use 10 percent less fabric in all their designs, as a result swimsuits became smaller.
The bottoms were high waisted, cut low on the legs, and paired with a modest bandeau. The two piece, although born out of necessity, was still considered a daring style for the era.
Assignment # 1
Google doc on google classroom.
​ ​ 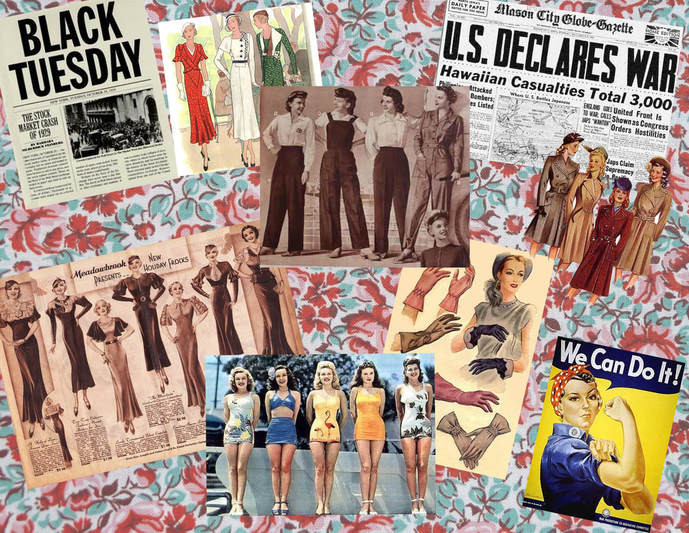 Feel free to include images that are of the time period and not necessarily "fashion". You need 10 images. Search 1930s/1940s backgrounds/prints for the background of your mood board.